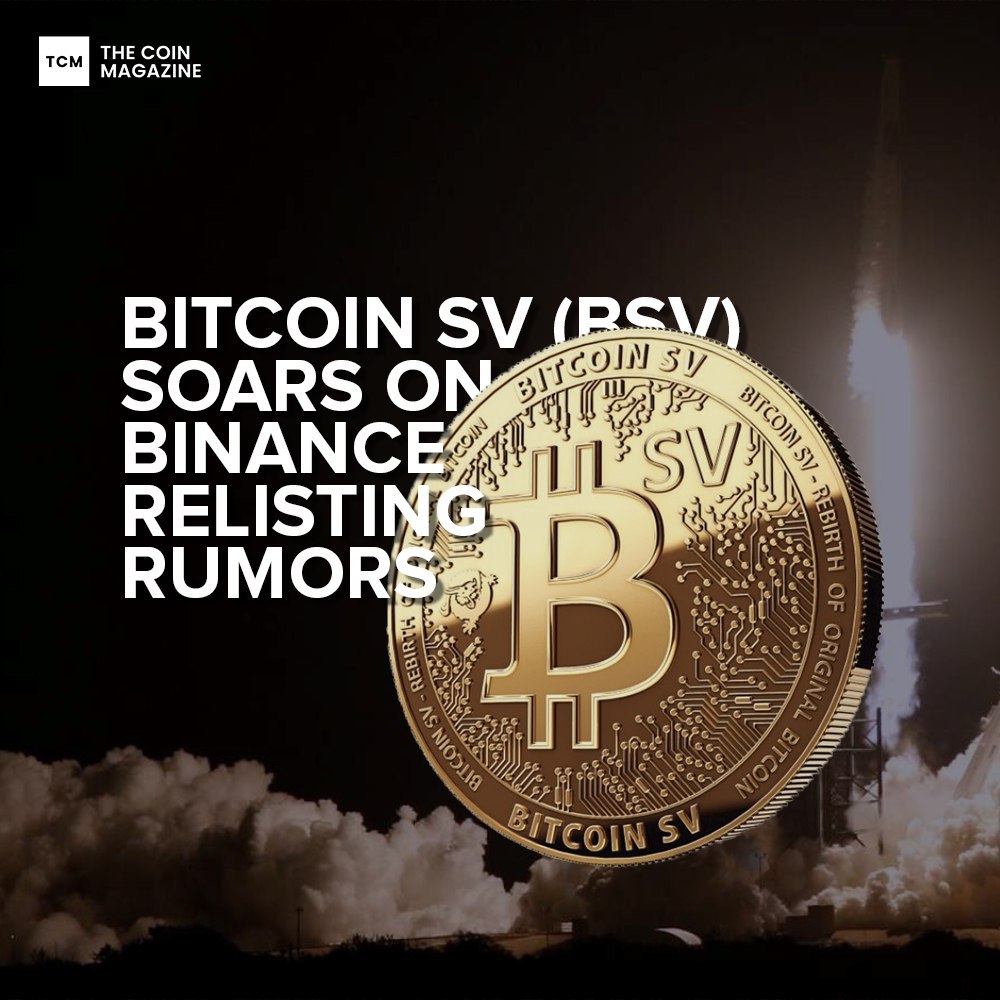 Bitcoin SV emerged after Bitcoin hard forked in 2018, impacting the price of Bitcoin massively that year.

A sudden spike was noted in the price of Bitcoin SV, the twelfth largest cryptocurrency in the world.

A crypto insider, Colin Wu, tweeted about the same, citing that Binance did not affirm the news, which indicates that the exchange has no plans to relist BSV after it delisted it.

Binance stopped the BSV trading back in April 2020, after the stress mounted between Binance CEO and BSV founder. The Bitcoin SV came into existence after Bitcoin Cash hard fork leading to a substantial drop in the Bitcoin price.

The most prominent cryptocurrency exchange Binance, delisted BSV after the exchange alleged that the BSV CEO is unethical and made unsubstantiated claims. The founder Craig Wright, an Australian IT professional, claimed to be ‘Satoshi Nakamoto,’ the anonymous founder of the world’s most powerful cryptocurrency, Bitcoin. Binance regularly delists any token or cryptocurrency from its exchange as a reminder to the community that it monitors the standard of assets listed on its platform.

Craig Wright made superfluous claims of being the anonymous Bitcoin founder and threatened to sue those who contradicted his claims. Binance said that the Bitcoin SV did not meet Binance standards as the ” Evidence of unethical/fraudulent conduct.” pertaining to its founders conduct.

Bitcoin SV supporters and the founder Craig Wright have regularly shunned Bitcoin on Twitter and other social media channels. exclaiming that Bitcoin SV is the real bitcoin. He has also called out Binance for its censorship.

Colin Wu confirmed that the rumors are false through a tweet saying that Binance has rejected relisting BSV on its exchange. In the tweet, he wrote that Binance told Wu that today’s screenshots about opening BSV transactions are false rumors.

Lisa graduated from Simon Fraser University with a BA in English, minoring in Publishing and Creative Writing. One day she hopes to publish her very own novel, but in the meantime, she contents herself with blogging and editing. She currently specializes in writing financial news and analysis, as well as cryptocurrency news and information.

Grayscale has added another 7,188 BTC

Binance to the rescue in a DeFi exit...

Binance Exchange Unavailable for Some Time As Bitcoin...