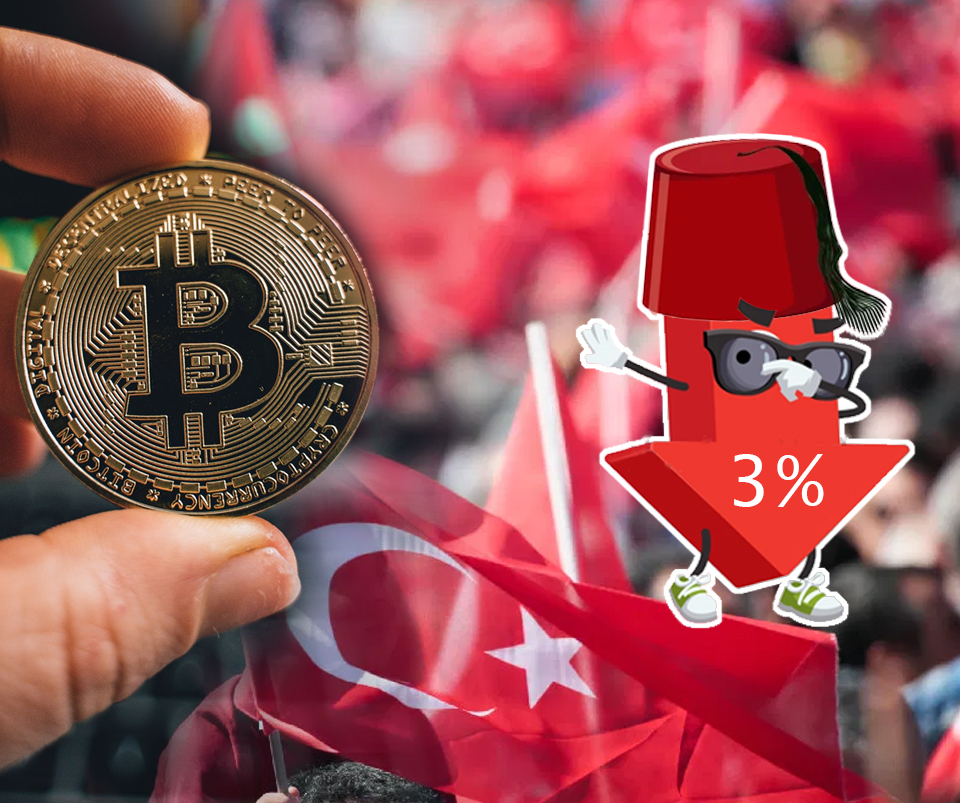 The central bank of Turkey just banned the usage of cryptocurrencies along with crypto-assets to purchase merchandise and services, citing possible “irreparable” damage and significant transaction dangers in a move that caused Bitcoin prices to fall by more than 3%.

On the official website on Friday for the central bank, it stated that cryptocurrencies and other such digital assets based on dispersed ledger technology will not be allowed to be used, directly or indirectly, as an instrument of repayment.

“Payment service providers will not be able to develop business models in a way that crypto assets are used directly or indirectly in the provision of payment services and electronic money issuance,” and will not provide any services,” it stated.

“Their use in payments may cause non-recoverable losses for the parties to the transactions … and include elements that may undermine the confidence in methods and instruments used currently in payments” the central bank added.

“Any authority which starts regulating (the market) with a ban will end up frustrated (since this) encourages fintech startups to move abroad,” said economist Ugur Gurses onto Twitter.

After the announcement, Bitcoin was down by more than 3 percent at $60,644 versus the dollar during the early trade, after the Turkish ban, which was also criticized by the main opposition party.

Globally, big companies like  Apple, Amazon, Tesla, and others have started accepting cryptocurrencies as a mode of payment for their product and services.

A few weeks back Royal Motors, which distributes Rolls-Royce and Lotus cars in Turkey, became the first in the country to say it would accept payments in cryptocurrencies

Turkey’s growing crypto economy has gained momentum in recent weeks as investors joined a global rally in bitcoin, seeking to hedge against lira depreciation and inflation, which topped 16% a month.

In the report, the central bank also stated that crypto assets have been”neither subject to some regulation and oversight mechanisms nor a fundamental regulatory authority,” one of the other safety risks.

Cryptocurrency worth 23 billion lira was traded in the very first couple of days after Erdogan removed the central bank chief last month, versus 1 billion lira last year in the month of March 2020. The legislation goes into effect on April 30th.

A crypto old timer with a flair for crypto-journalism, content development and off-road adventures.