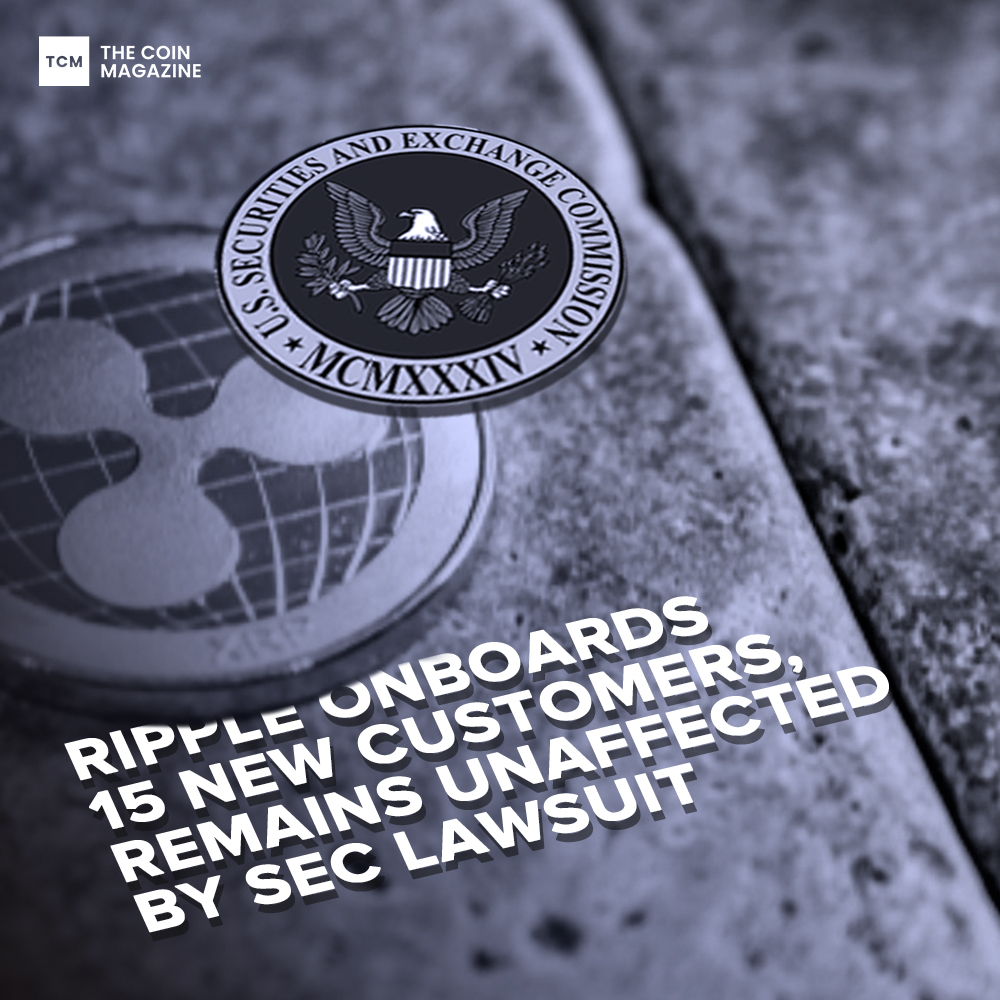 The United States Security and Exchange Commission bombed Ripple Inc with a $1.3 Billion Lawsuit allegedly selling unregistered securities in the country last year. The lawsuit had a crippling effect on the firm in the US. However, the business remained mostly unaffected worldwide.

Brad Garlinghouse, The CEO of Ripple Inc, revealed that the firm is signing new customers and growing even after the lawsuit.

Ripple Grows Even After SEC Lawsuit

Ripple Inc was hit by a talked Lawsuit by the United States Securities and Exchange Commission in late 2020 for raising funds worth $1.3 billion in the US. The commission also charged the top executives of the company. Following the lawsuit, many major cryptocurrency exchanges like Coinbase, Kraken, Bitstamp, etc., suspended XRP trading on their platform. The Ripple investors even filed a petition against the SEC, alleging that the commission is not safeguarding the investors’ interests. While SEC claimed that XRP is a security, Ripple justifies that its token is an open-source cryptocurrency.  Brad Garlinghouse has said that despite the turbulence and challenges due to the SEC lawsuit, the team is optimistic and ready to take on the year.

Brad Garlinghouse tweeted sharing the Ripple 2020 momentum document, which showcased the company’s performance in 2020. He said that “2020 was a banner year for Ripple” However he mentioned that despite challenges due to the year, the company had made quite progress with signing 15 new customers, processing millions of RippleNet Tractions, and growing its ODL.

The Ripple CEO said that company has managed to close two new deals per week after the lawsuit and now has more customers than ever before.  Asia Pac has a high demand for interoperable payments, which has fostered RippleNet demand in the region. Japan has revealed that XRP is considered a cryptocurrency in-country and not a security. Ripple also onboarded newer talent from leading tech behemoths like Apple, Tesla, PayPal, Twitter, and Amazon. The team has grown consistently through 2020.

He also noted that “RippleX contributed to XRPL version upgrades and created a toll with Energy Web so anyone can help decarbonize the blockchain of their choice.”

Lisa graduated from Simon Fraser University with a BA in English, minoring in Publishing and Creative Writing. One day she hopes to publish her very own novel, but in the meantime, she contents herself with blogging and editing. She currently specializes in writing financial news and analysis, as well as cryptocurrency news and information.

Chamath Palihapatiya May Run For Post of California Governor

Marc Cuban Says One Can Sell Anything Digital Using NFT

Ripple and SEC Not in Mood for Pretrial...

Alexandria Ocasio-Cortez Talks About GameStop and Robinhood on...

Ex Ripple Board Member To Lead OCC Under...