Three Years of Brewing Something EPIK! 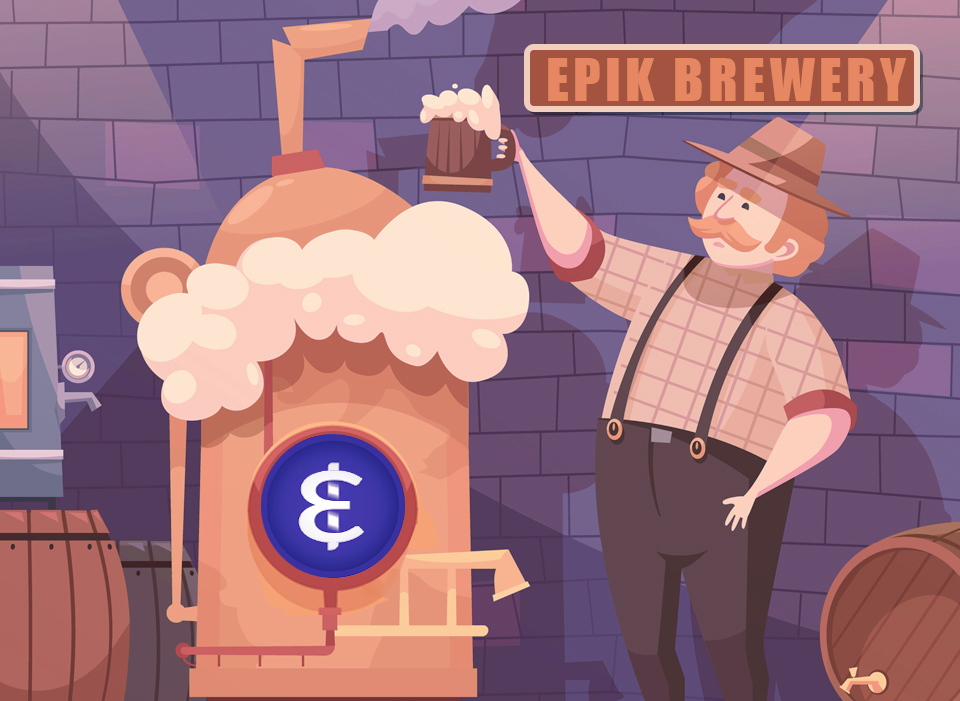 Epik.GG – if you have not heard about this project yet then I would not blame you. They’ve been around the crypto scene for nearly 3 years now but they’ve largely remained under the radar.So who are they? And why are we talking about them? Well let’s see how they introduce themselves on their official Youtube channel bio.

EPIK unlocks digital worlds and enables the sale of premium, name-brand digital items. EPIK is leading the way for brands to sell to audiences they normally can’t reach.

Furthermore, EPIK also has an SDK for publishers to use to push their mobile games, console games, mobile apps, etc. turning their in-app store into a fully featured dApp. This further makes it possible for branded digital collectibles such as NFTs to be directly integrated into these applications.

At a time like right now when literally every mainstream brand wants to do NFTs, it seems like EPIK is finally ready to come out into the limelight and shine like the true hidden gem it really is.

Part of the reason why EPIK could be potentially poised for success is because of its enormous list of clientele that numbers well over 300. While they majorly work with gaming companies, but their client list also includes major movie studios as well, Warner, Universal, Sony, Colombia Pictures, Nickelodeon etc. are all connections that Epik already has. EPIK aims to work closely with brands like these to help them sell products to audiences they already have as well as those that they cannot easily reach.

The History of EPIK Token

In 2018, when they initially forayed into the blockchain world, the NFT craze wasn’t at it’s peak. Adding to that problem was the whole crypto winter that was just beginning at the end of 2018 after Bitcoin had famously crashed earlier that year.

EPIK’s native token the EPIK Token was launched as a fuel for their BLMP platform, a Blockchain Licensing Marketplace. It was touted as the largest B2B2C blockchain solution that would specialize in managing millions of digital wallets, consumer payments, royalty splits, and collectible item management.

And they had a stellar line up of team as well, reportedly the author of ERC-721 NFTs William Entriken was working with them as an advisor along with a bunch of other experienced crypto and mainstream industry professionals.

According to many ICO tracking websites, they even had an ICO scheduled to go live on August of 2018 seeking to raise around $15 million US dollars. However it looks like they never went ahead with the sale and instead chose to focus on development internally.

Not going through with their ICO has enabled the company to bide their time and build infrastructure internally that would allow them to better their end product. Whether or not this would prove to be a successful strategy could be tested in the coming days during the current bull season.

What’s cooking under the hood for 3 years?

It’s not like EPIK ever gave up on their goals. Although their BLMP platform isn’t live yet, they have been making slow but constant progress. Most of which can be tracked on their Medium page. EPIK believes that amidst the current global situation where everyone is struggling with the pandemic, the most innovative opportunities often arise from moments of difficulty.

Through their existing partnerships, Epik can easily take the top position in becoming a bridge for brands and celebrities with digital experiences, generating rare NFT drops and other exclusive access points for the common public.

Epik’s extensive list of clientele we spoke of earlier? That includes half of the top 25 game companies in the world such as NetEase, Garena, World of Dance, Sony, DMG, and Ultraman.

They are also planning to build an NFT marketplace not just for only buying or selling assets from brands and creators, but they want to create an entire ecosystem on how these brands & creators can interact with the end user.

In the month of November last year, EPIK worked with its clients Spinnin’ Records and Avakin Life to produce a virtual concert. The concert featured Dutch DJ super-duo Lucas & Steve, which led to the release of their debut album.

In the month of December during the Christmas period, they had another crossover collaboration with Override 2: Super Mech League. If you are someone who likes demolishing good games then you should have participated in this collaboration. More details about these events can found on their website.

With the re-invigoration of the crypto industry and heightened interests in NFTs in the mainstream media, EPIK aims to be the one stop shop for its users to collect branded virtual goods across a wide range of platforms while using the native cryptocurrency the EPIK tokens.

Other use cases for EPIK tokens range from collecting unique items from various platforms, storing and re-accessing them on the EPIK App, all the way to using the tokens to buy, sell, exchange and collect EPIK items using the EPIK wallet.

But this could just be the beginning! Rumors have it that the company has been at work trying to break into the crypto limelight once again and this time scoring the home run! With nearly 3 years of under the radar development, surely, they can’t mess it up now. When and if their platform goes live it would become the largest platform with the widest range of audience to fully utilize this revolutionary new method of interacting with branded virtual goods.

A crypto old timer with a flair for crypto-journalism, content development and off-road adventures.

Marc Cuban Says One Can Sell Anything Digital...